This ham isn’t your typical store-bought ham that comes ready-to-eat for Sunday morning breakfast. The dry cured Iberian ham comes from a very rare breed of black pig that is found only in Spain and Portugal, and is cured there as well. What makes these pigs so special is their diets. When you think of pigs, you imagine them rolling around in mud, chowing down on slop.  However, the Iberian pigs roam in oak forests and leisurely graze on grains and acorns. Later in their life, they are rounded up and given only acorns to eat until it's time for slaughter. Then comes the long process of curing the meat, which typically takes three years. Finally, the meat is sold to the highest bidders--who normally have been waiting years to get a taste of this delectable meat.


The dry cured Iberian ham was once so rare that it was illegal for it to be shipped outside of Spain. But in 2007 the ban was lifted, and now anyone who can afford to buy it at $170 - $600 per pound can get it. 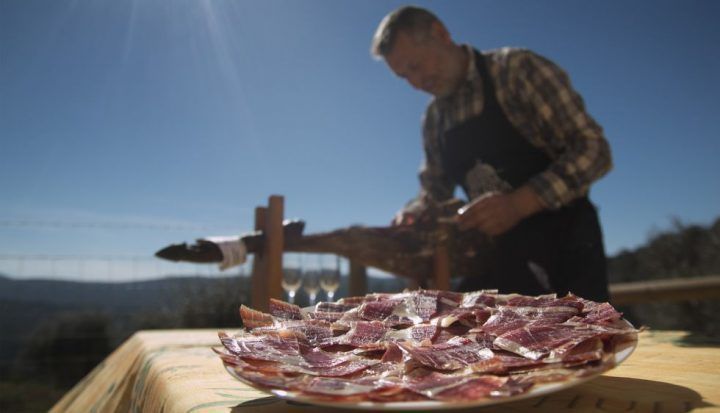