We decided to turn to the fashionista and beauty consultant to discover her recipes–and best ingredients–to create an unforgettable dessert.


Do you know how people find tiny things cute? The same happens to pies as well — and the smaller it is the less visible its imperfections. Furthermore, small pieces of pie ensure that it is not as likely to cause you to fight with flour, which makes it easier to handle.

People stick to the pastry filling, but if you'd like to make your eyes roll back in ecstasy, start throwing herbs into the flour. Conrad adds a little rosemary for another layer of aroma to her recipes and uses shortening for a flakier crust rather than butter.

Conrad says, "I've yet to master pie crust. I feel like every time I make it, it comes out a little different, so I fuss with it, and add a little water or flour to get it to the right texture."

If to make it smooth, you've tried to add a few spoons of flour and it's still a shiny mess, you can throw it away and start a new one.

Conrad's mini tart rosettes seem to be challenging to make, however, there are two keys: first, slice the apples to the finest possible level, and second, allow them to soak in the water for an hour before actually adding them to the tart.

She said, "If you don't soak the slices long enough, they'll break when you get to the center of the tart."

Conrad says that freshly made caramel sauce should be added just before baking the apple pie or a mini tart. Following the recipe of Conrad, keep these tips in mind: "Consistently stir the sauce as you cook, and right when the sugar has melted and the sauce no longer looks gritty, take it off the heat so it doesn't burn."

When the sauce is light caramel color, it is just what you want— if it is too dark, the tarts can look scorched, even though it's not overcooked.

How did Conrad make 50 pies for her wedding? All the pies were packed and frozen in preparation until the big day so that they would only be put into the oven.

Conrad is experienced in mainly two pies — pumpkin and apple. She may mix things mainly with the taste of the crust or the design of the dessert.

There you have it. Conrad shared her recipe for apple pie. Once you have tried it, the hardest part will be to select the correct Instagram hashtag. 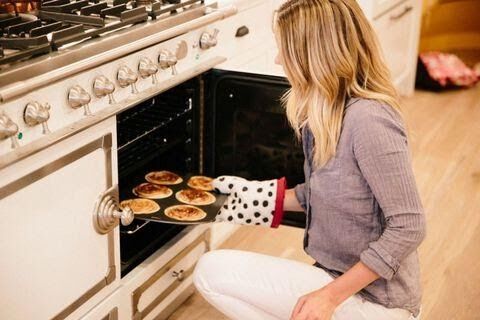