Celebrity chef Gordon Ramsey is known as a pretty harsh critic. Whether you've seen him unleash a swear-word ridden tirade on "Ramsey's Kitchen Nightmares" or simply his Twitter dish comments, he's not shy about giving his opinion on food. However, what actually makes it into his own diet? It may surprise people to learn that he's not just a fan of fine dining, he also has some guilty pleasures, just like everyone else.


Here's a summary of what Ramsey eats, in case you were ever curious.

Although he's a world-class chef, he simply doesn't have time to whip up an eggs Benedict every morning. Ramsey settles for a healthy bowl of porridge, otherwise known as oatmeal. He might throw in some bananas that he's left gently heating in the oven overnight and dried cranberries, but otherwise, he keeps it simple. When he does have eggs, they are always scrambled with a dollop of Worcestershire sauce for good measure. Waffles are for weekends.

For a busy man like Ramsey, it's difficult to take the time to sit down for lunch or dinner. He says that the fact he has to taste everything for work means that he's sampling things every 2 - 3 minutes, which can take away his appetite. So, he likes to eat small and often, comparing it to the Hong Kong style of eating.

If he does have a casual home meal, it's made with basics that are in every pantry. Ramsey prepares some dry spaghetti with lots of garlic and chili. He folds shallots in olive oil into the spaghetti and pops some canned tuna on top and preserved lemons on top. Voila! A delicious, easy home-cooked meal.

As the famous chef gets to try weird and unusual combos, it would be reasonable to think that he likes some odd things. However, one dish he really enjoyed wasn't that strange. He reminisced about a dish that his friend made him in Spain, doubled pork chop with rhubarb. The pork was slow-roasted over an open pit fire with the rhubarb and Ramsey described it as a taste sensation.

Ramsey doesn't like to deny himself the odd indulgence either. In his own words "In-N-Out burgers were extraordinary." Not many would disagree on that! He also loves cookies and Crack Pie, saying that Christina Tosi sends him a Crack Pie on his birthday. He says that he will eat the calories but ensure that they are worked off the following day in a training session. He admits that he's also partial to an old-fashioned hot chocolate fondant with ice cream.

He Will Never Eat

Unsurprisingly, the hot-tempered chef won't touch plane food. He worked for airlines for a decade and now says "I know where this food's been and where it goes...there's no f**king way I eat on planes." Hence the chef has his own restaurant at London's Heathrow Airport where guests can pop in for some proper cooking before they board. 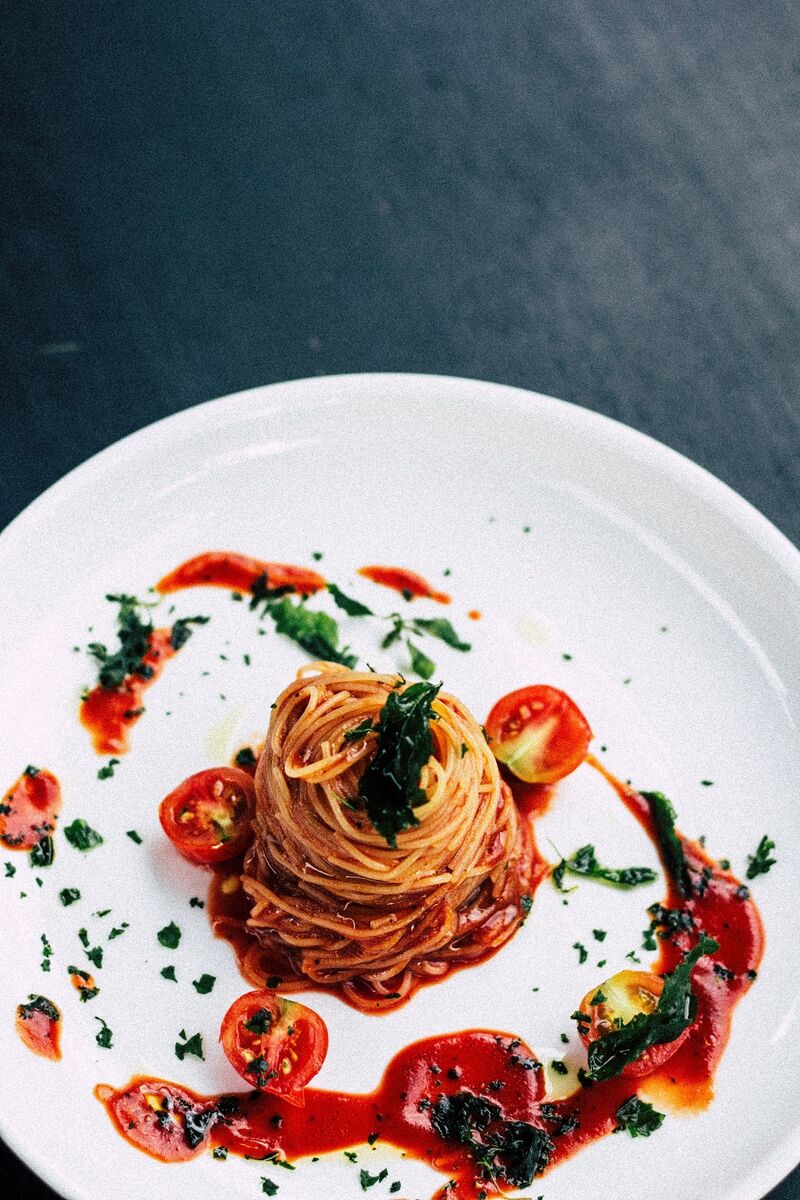